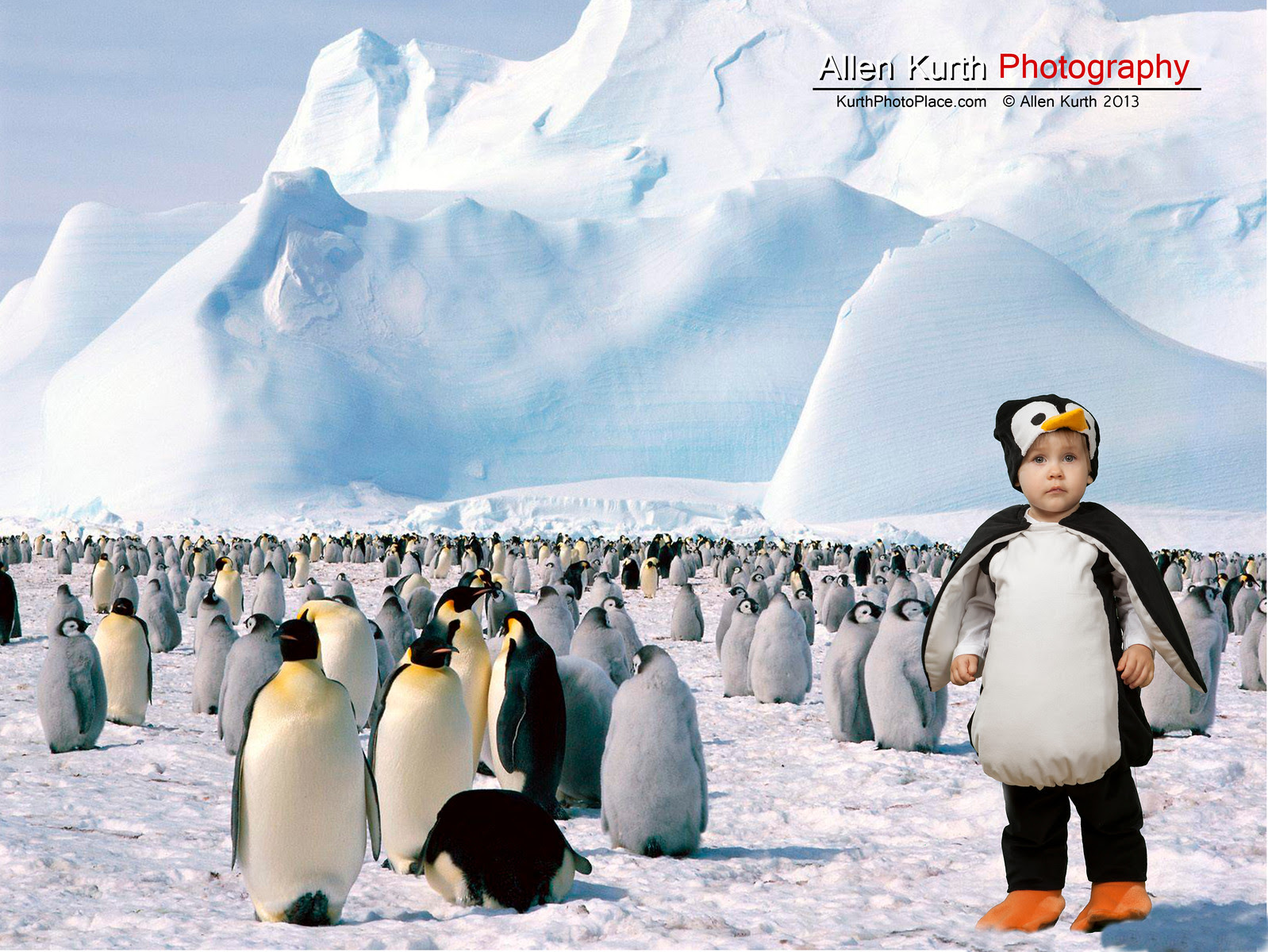 After visiting the Henry Doorly Zoo this spring,  Alice 's favorite animal is the penguin.   She couldn't actually say penguin so she calls them Guks.  Her mother sewed a cute Halloween costume for her so that she could be a Guk too.  After seeing the costume, I decided that I needed a photo with her in a snowy background.

My first idea was to use a studio shot with a white muslin background and with sheets of cotton on the floor.   My second idea was to take a photo outside in the snow.  My third idea was to put Alice in the snow with lots of other penguins.

Penguins live in Antarctica.  Last year Sports Illustrated flew models to Antarctica for their swimsuit issue.  It was a very harsh environment for models and photographers.  In addition, Alice doesn't have a passport.  Antarctica wasn't going to be possible.

I used Google to see if any other photographers had taken photos of a children with real penguins.  Apparently no one else has been able to take a child to Antarctica either.

I decided to create my own image as a composite.  I would merge a photo of Alice with a background photo of penguins.

Since I didn't have a photo of penguins for a background, I needed to find one taken by another photographer and get permission to use it.  I was able to find a great free photo on Wallcg.com.  I took the photo of Alice in the studio using a green background.  I used software to erase the background and replace the green with the penguin background.

I created two versions of the photo.  In the first version Alice is the same size as the other penguins.  In the second, Alice is larger.   I hope that Alice enjoys looking at herself with the Guks. 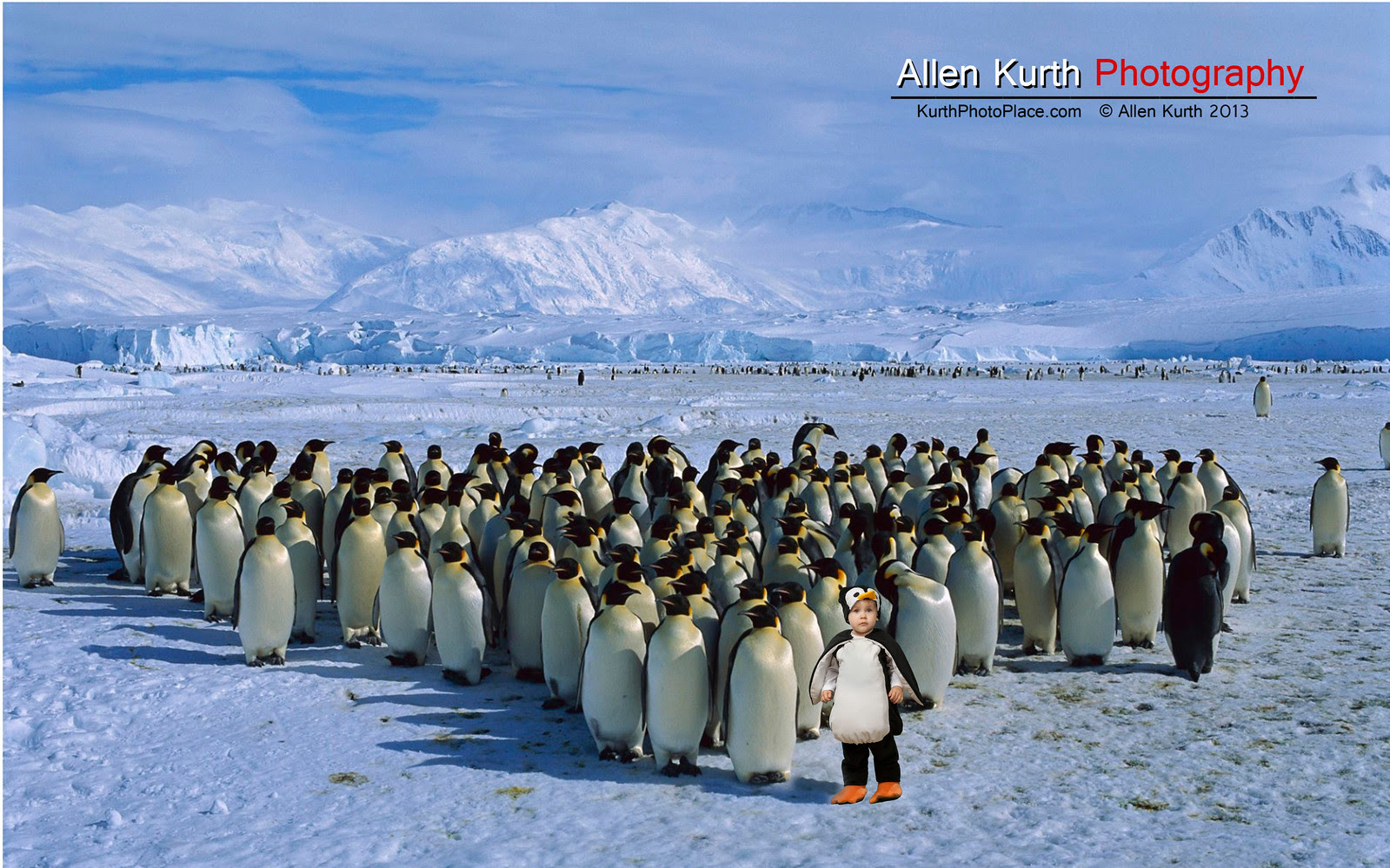 Posted by Allen Kurth at 8:57 AM No comments: